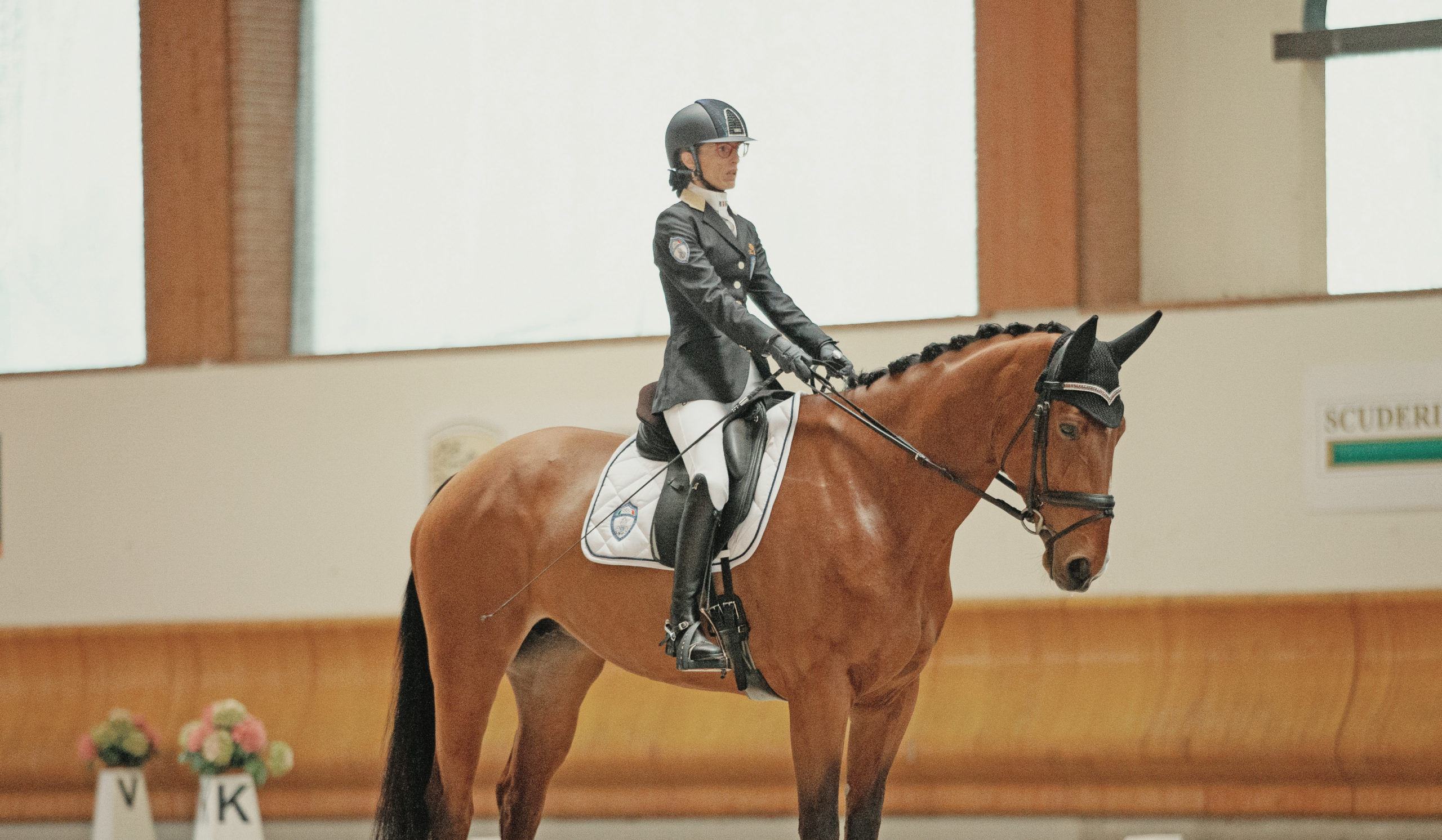 Multi-medal winner in Paradressage, with a seriously incomparable curriculum as well as a series of prestigious awards won and honours received over the years, Sara Morganti has been the president of the Italian Paralympic Committee’s National Commission for Paralympic Athletes since 2018. Here are her thoughts on Paradressage activities and, more in general Paralympic sport during the past year and the one that has just begun with a CPEDI held in Ornago where, riding Mariebelle, Sara won the Freestyle with an excellent percentage of 77.60 from an Olympic level panel of judges. With such an excellent result so early on in the season, Sara will be able to add Mariebelle to her super-trusted champion Royal Delight in training for the Tokyo Paralympic Games.

When the pandemic broke out and they started to stop people from training or competing in various sports, it became impossible to prepare for an event such as the Olympic and Paralympic Games. Personally I was saddened, but more about the global health situation and everything else came after that. Health is the most important thing, then comes the rest. In my opinion it was absolutely necessary to suspend and postpone the Olympic and Paralympic Games. Just the idea of all those people dying alone… how could one think of disappointment over not going to the Olympics when so many people were dying…? While those responsible were deciding what should be done, during a conference call with the presidents of national commissions discussed whether the Olympics should be cancelled or not, I spoke out and said ‘But all of you who are discussing competing in Tokyo, are you absolutely sure this will be possible? Are you really sure that it will be possible to protect everyone’s health? Are you fully aware of what is happening…?’. The president of this assembly was impressed and the words I spoke had such an affect that my statement was included in the communique sent by the IPC (International Paralympic Committee) to everyone in the world!

The forma mentis I adopt in practising my sport also conditions my entire life. In everything I do I have to be good. I must surpass myself. I always want to give my best. With my horses I create a bond for life; in fact they all stay with me for their whole lives. They are my strength and my motivation. With my physical condition either I grit my teeth and get on with whatever I am doing or I could drop it all… But that would not be me. Horses provide strong motivation for coexisting with health conditions such as mine. I am often unwell and my pathology is a progressive one and that does not apply to all Paralympic athletes. I must maintain my technical performance even if I am becoming increasingly less effective. It is a constant challenge with myself. I have also had a dream come true, a dream I had had for some time. I wanted to belong to a military sports group and now I belong to the Fiamme Azzurre. It is very satisfying and an honour. My challenge with myself now is Tokyo.