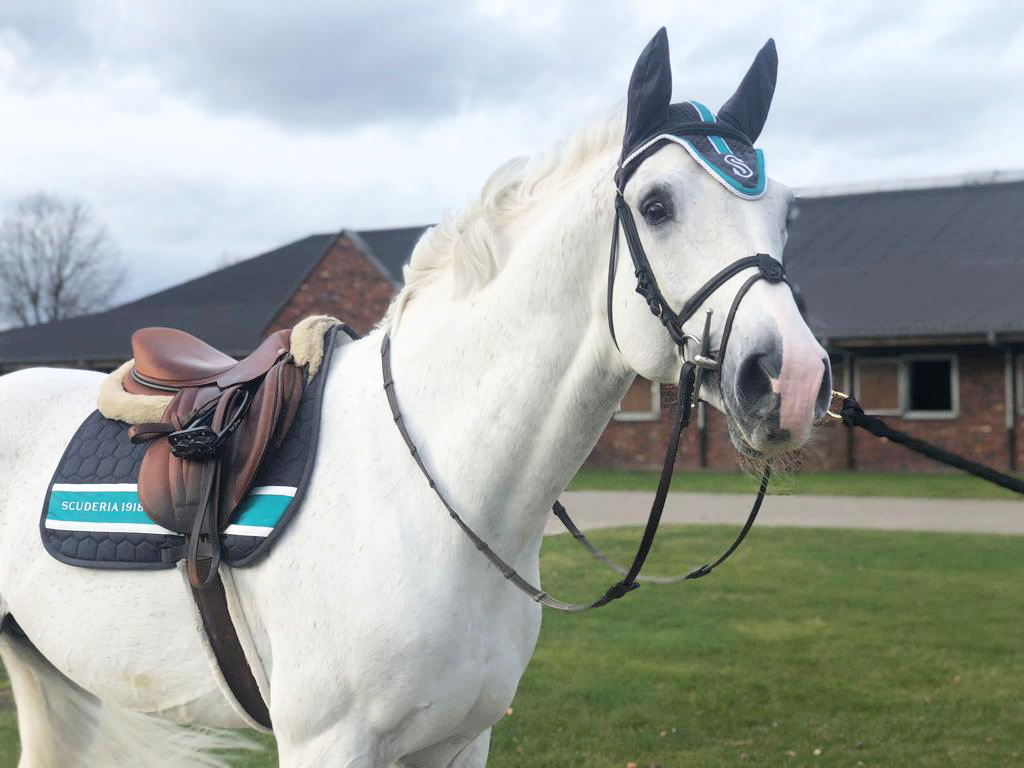 with Piergiorgio Bucci wearing its colours thanks to the partnership created by co-ownership of the outstanding performer stallion Casago.

An extremely experienced rider and a very competitive one, Bucci has an important CV with an incredible number of participations and important victories in Grands Prix and Nations Cups representing Italy at the most prestigious shows in the world for at least twenty years.

With the addition of Casago, an agreement sealed also thanks to the professionalism that characterises Stefano Cesaretto, Scuderia 1918’ manager for the team’s horses, and therefore thanks to Piergiorgio Bucci’s arrival, Scuderia 1918 has added another top horse and rider combination to its already strong team.

Piergiorgio Bucci and Casago also won the 2020 Italian Championships.
Casago is ‘Stal Bucci’s’ jewel in the crown.
Born in the Netherlands, in 2011, but registered as a Holstein, Casago is a formidable performer stallion and shares 3⁄4 of the same bloodline as the legendary Casallo Z since he is by Casall and out of Larthago, a broodmare by Carthago who before standing at stud, where she produced other important stallions (among them Cevin Z and Harley VDL), also won 33 CSI classes ridden by Matthijs van Asten.
Piergiorgio Bucci was determined to buy Casago, a horse he had noticed when still just a 3-year-old. After buying him as a 5-year-old he allowed him to mature calmly and gradually, respecting the horse’s development and never for a moment doubting its talent and immense sporting potential.

Immediately considered one of the best young horses competing in the Netherlands, Casago was approved as a KWPN stallion and then also as a Selle Français, but also has offspring registered in the main European stud books. These include high prospects that are already competing as well as approved stallions and foals sold for significant amounts of money at selected auctions.

Compatibly with his show jumping career, Casago also successfully continues his breeding activities and fresh semen is currently available to all breeders.