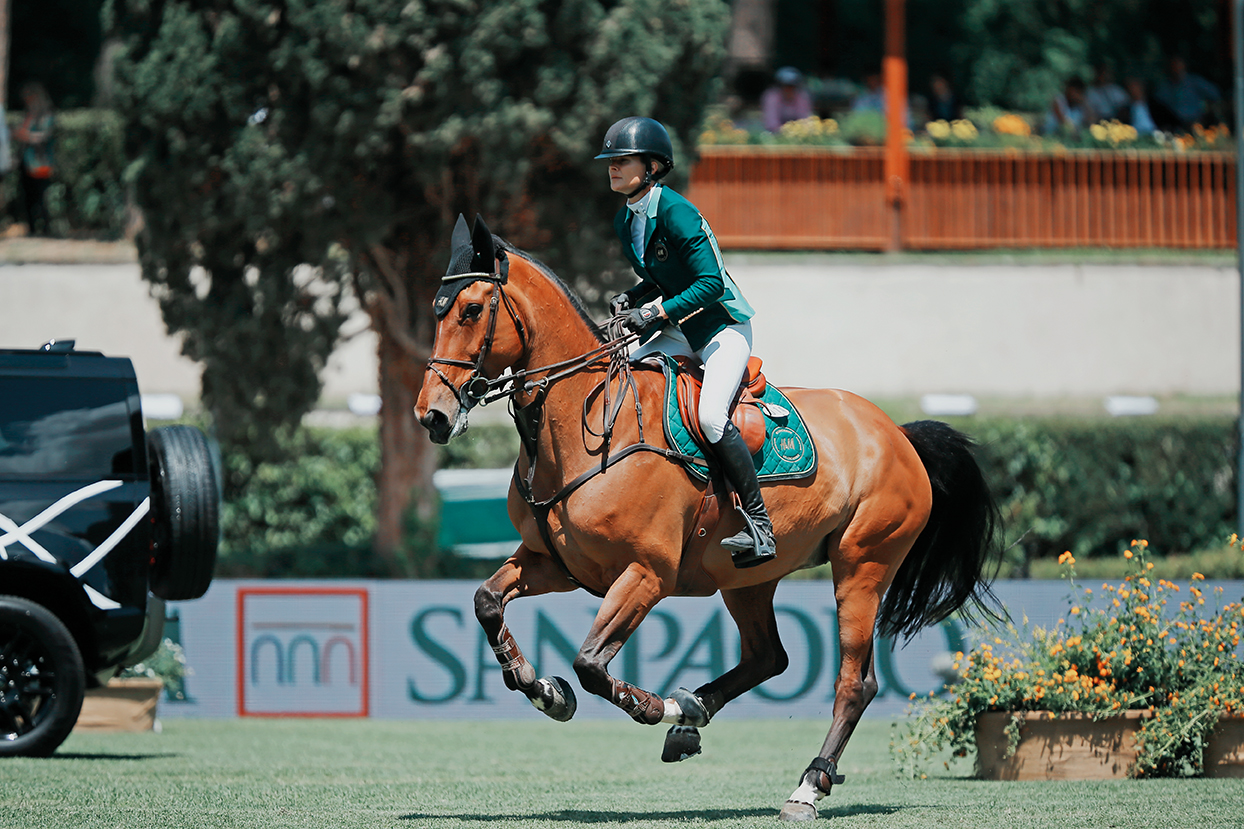 The 2020/2021 season saw BWP show jumpers dominate the international stage. A Trakehner and a Holsteiner horse led the dressage and eventing rankings for the first time in history

The season that has just drawn to an end handed over a historical result to the annals for the BWP stud book that starred in show jumping as well as in the 2020/2021 WBFSH ranking for horses of this breed, achieving an amazing one-two also in the studbooks. The architects of this success were mainly H&M Indiana and King Edward, two phenomenal show jumpers, but very different physically, technically and above all genetically seeing they do not share a drop of the same blood. The first has French and Holsteiner breeding while King Edward is entirely Hanoverian. On the other hand they do not only share the fact that both were born in Belgium and both were registered in the BWP stud book; in fact both were the absolute stars of the season ridden by Swedish riders Malin Baryard- Johnsson and Henrik Von Eckermann, winning team gold at the Tokyo Olympic Games.

In the thirty editions of the WBFSH Show Jumping Ranking, H&H Indiana is the third BWP to win, following Scuderia 1918 Halifax van het Kluizebos in 2017 and before that Otterongo in a distant 2001, while eight show jumpers in this stud book were among the top three (Egano, third in the first ranking in history published for 1991/1992; Ulysse second in 2010; Cella, third in 2013; Gazelle Ter Elzen, third in 2016; King Edward second in 2021). As far as the primacy between stud books is concerned, the horses that have contributed to adding to that first place achieved in 2017, have included other phenomenal jumpers such as Killer Queen VDM, Hello Jefferson, Hester and the younger Mumbai. One must not furthermore forget that in the 2020/2021 season, out of a total of 5.163, there were 620 BWP horses that won or were placed in at least one international ranking class.

The first time for a trakehner

Second in 2019/2020 and at last first in 2020/2021, following a season in which she won everything – six gold medals at the Olympics and European Championships – TSF Dalera BB not only became the leader of the WBSFH Dressage Ranking, but also the first Trakehner to have achieved such a result. In the 29 previous editions of the ranking for this discipline (one less than for show jumping) no horse belonging to this historical stud book had in fact managed to achieve this. In terms of placings, in addition to Germany’s Jessica Von Bredow-Werndl fabulous horse, only one other Trakehner, Edinburg, had finished third in the ranking in a distant 1994. Statistically, of the 645 horses in the dressage ranking, only four are Trakehners!

…and the first time for a holstein

As in dressage, the 2020/2021 WBFSH Eventing Ranking for horses also change leadership. Created later than the other two Olympic disciplines, it is now in its 27th year, and the ranking reserved to the best eventers in the world is in fact led by a Holsteiner. The star of this record is London 52, the bay on which Great Britain’s Laura Collet won team gold at the Tokyo Olympic Games as well as the Pau 5* as well as 4* events at Little Downham and Aston Le Walls during the ranking period (October 1st 20202-September 30th 2021). Before London 52, only Marius Voigt Logistik, another Olympic winning Holsteiner (double gold in Hong Kong) had made the podium finishing third in 2006, while of the 4,089 horses in the ranking, 287 are registered in this stud book, and the best six ensured it made second place among all stud books (in the Holstein section there were already 5 third places in the 2012, 2013, 2014, 2016 and 2017 rankings).

With four horses placed in the top twenty, for the second time the leading stud book is that for the Selle Française, which in this discipline has 11 second places and 4 third finishes in the 27 editions of the eventing ranking.