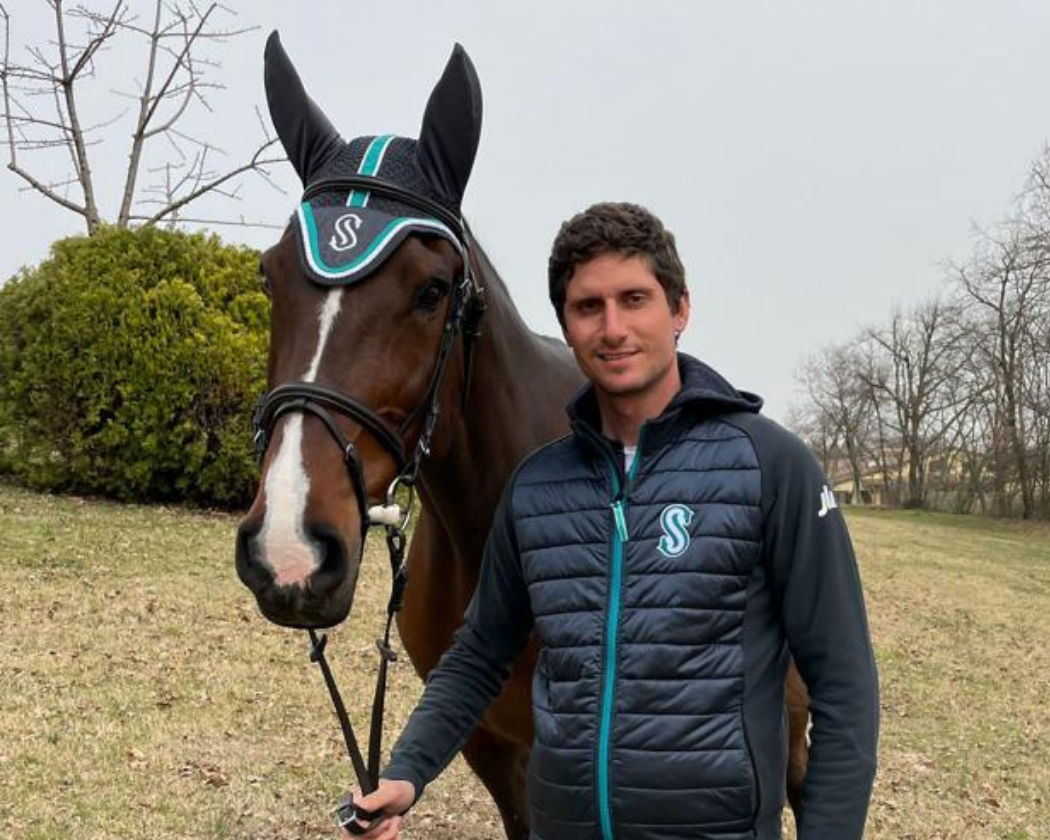 Scuderia 1918 Ludvig, a dark bay gelding Holsteiner born in 2014 by Lasino and out of Balea by Legolas, after a period of training at the SGH Stables supervised by Stefano Cesaretto and Giulia Martinengo Marquet, has now entered Alberto Zorzi’s stables. This marks the beginning for this new horse and rider combination of a period during which they will get to know one another in order to make their debut at shows.

“Ludvig only recently arrived in my stables. He is 8 year-old and is very sweet and quiet so his groom already adores him! I have been riding him for about ten days and I’m now trying to get to know his strongpoints so as to develop and highlight them. Although we haven’t jumped a great deal I can feel he has a lot of scope and power. Ludvig is also a very sensitive and well-behaved horse that does his best! I feel very positive about him and together we are committed to doing our very best.”