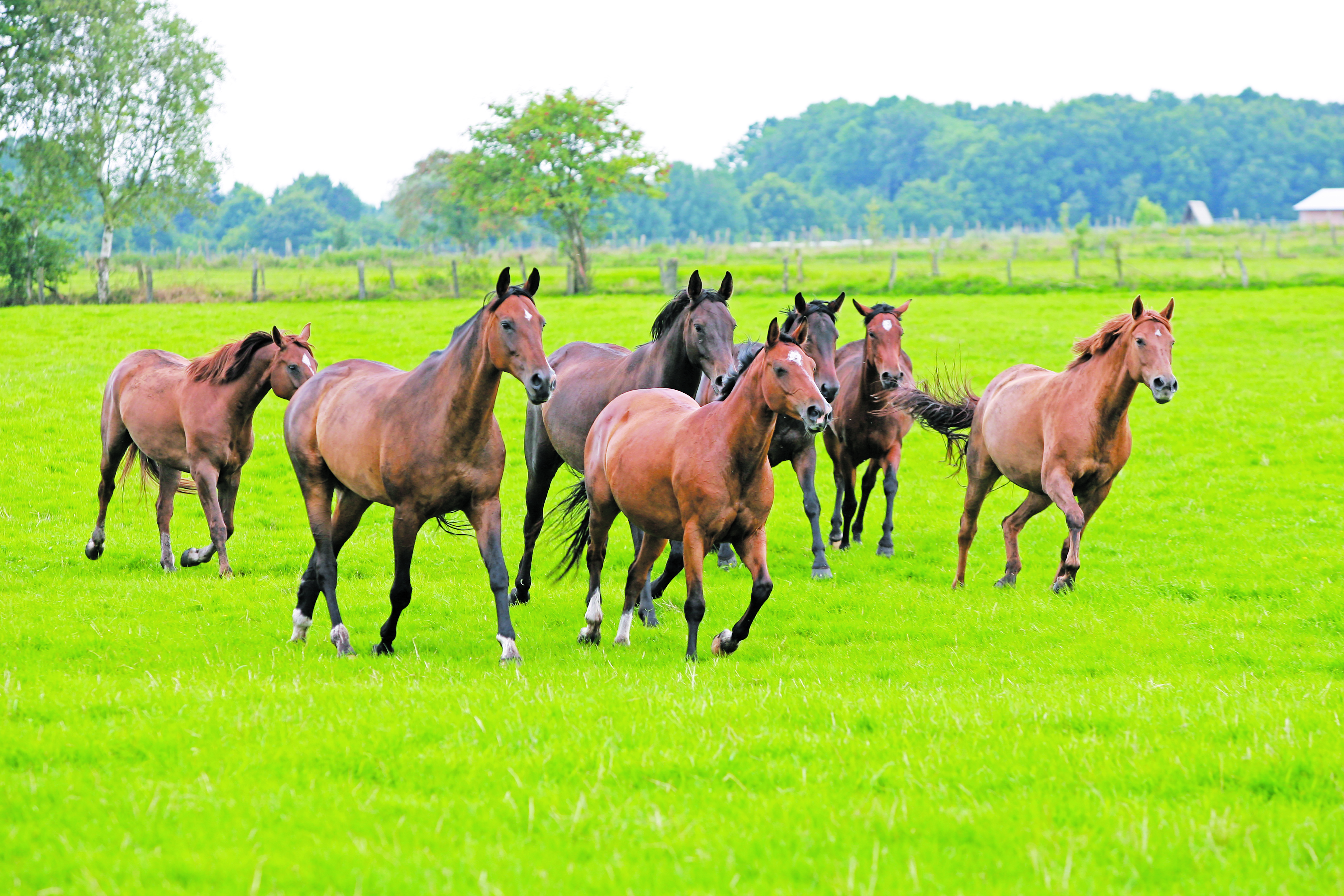 The skeleton accounts for only about 10% of the horse’s weight and yet it does an exceptional and complex job: it forms the scaffolding for the muscles and protects essential organs such as the heart, lungs, brain, digestive and urogenital systems.

The horse’s skeleton comprises more than 200 bones which are classified into 3 main categories:

Let us take for example the hind leg from the knee down. In this area we have long types of bones such as the leg’s tibia and the metatarsus, but also short and stumpy bones such as those of the hocks as well as highly specialised bones like the sesamoids. In total there are 19 bone structures integrated with one another thanks to tendons, ligaments and articulations. These bones need to support at least 45% of the horse’s weight and provide most of the energy needed to create forward movement as well as the upthrust for movements such as, for example, jumping. The fluidity of such actions is guaranteed by the presence of articulations, specific joints that allow bones that are so different in shape and angles, to move without ever losing their connection. Articular structure in fact contains a liquid that allows bones and cartilage to move harmoniously.

Horses are genetically programmed for fast muscular skeletal development and it is no coincidence that they can canter just a few hours after their birth. During their growth, however, a number of problems typically linked to the period of skeletal development may appear. These issues are identified using the acronym DOD – developmental orthopaedic diseases – and include pathologies such as:

Bones react very quickly to work loads and therefore training must be very gradual and in proportion to the age of the horse and its level of training. The footing on which a horse is ridden, the kind of exercise done daily and what it eats are essential factors affecting the health of bones. In just two months of training bone density increases by at least 20-30% and this tells us that feeding must provide all the nutrients needed to support the changes that take place in the osteoarticular system.

The most important nutrients for bone and joint health include minerals such as calcium and phosphorus, which are the building blocks of bone tissue. What happens often with stable diets is that these two elements might not be supplied in adequate amounts and rations. One typical example is a diet based on first- cut polyphyte hay and feeds based on simple cereals such as oats, barley or maize, or worse still diets based on the sole use of cereal by- products such as bran which is very rich in phosphorus.

In these cases phosphorus appears to be in excess and this does not allow the correct mineralisation of the bones.

It is therefore necessary to provide our horses with a balanced diet containing the correct quantities of minerals, or specific supplements with higher levels of calcium so as to counter- balance the amounts of phosphorus provided by cereal-based diets.

Young horses in particular need larger amounts of calcium so as to facilitate a correct remodelling of the bones that takes place naturally through exercise.

So as to balance the ration of minerals it is of course necessary to also provide the correct amounts of vitamins that are important for bone health, such as vitamins A and D.

Vitamin D in particular is important for bones and essential for absorbing calcium. There is a significant need for it not only when horses are growing but also when in training and during lactation. •

Read more in the January/February issue